There is a good chance to become a job holder of Institute of Space Technology (IST), IST reputed public sector HEI committed to the cause of higher education invites applications from qualified individuals who are competent, motivated and goal oriented in the following fields mention below. 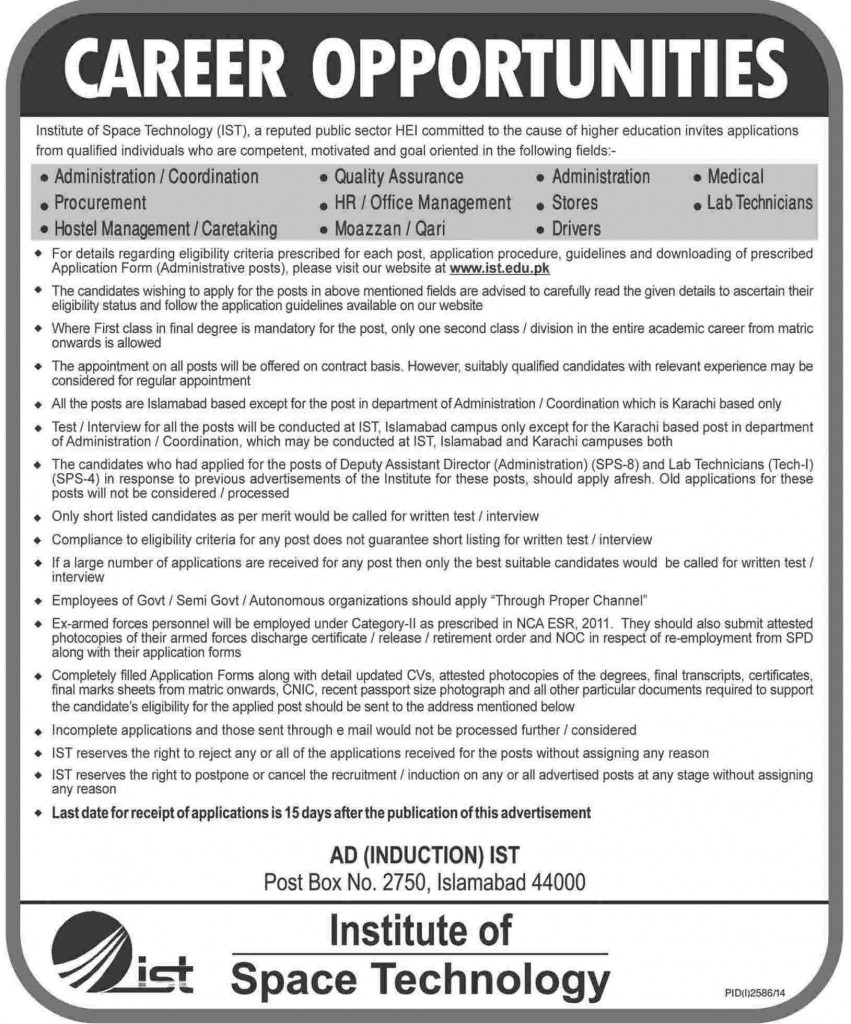 I am working as content writer for Pakistani.guru since last an year and really have some great experience and i also enthusiastic to reply against your comments and questions, so don't shy, do ask any education related question.